Sean Tierney traveled with Remote Year Darien, which started traveling in May 2016 and finished in May 2017. We caught up with Sean to talk about what life was like for him post-Remote Year. 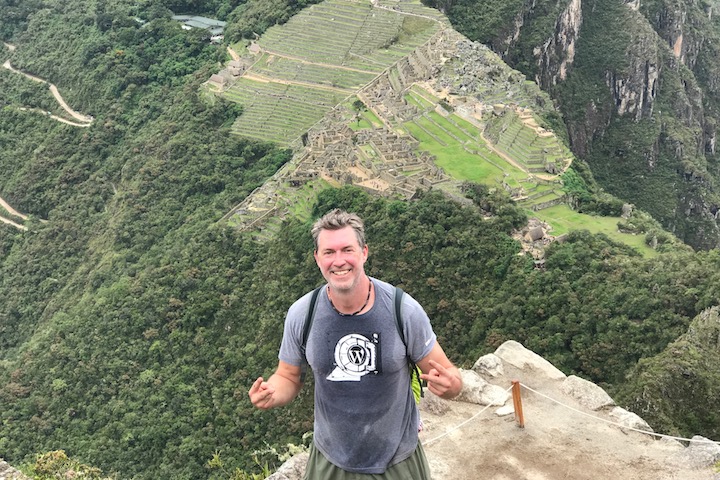 Can you talk a bit about your Remote Year journey? What program were you a part of?

Sure. I was on Darien which was the 4th or 5th group depending on who you ask (Magellan left at the same time we did). Our group ended six months ago in Buenos Aires. It was an adventure of a lifetime - I’m incredibly grateful for the whole experience. In the days following the conclusion of our program I did a massive wrap-up blog post that corralled all of my thoughts on the year. I also gave a talk at PressNomics attempting to unravel why/how we were able to make the remote nomadic working arrangement work so effectively with Pagely.

Where are you in the world right now?

Currently I’m living in Mexico City. I’ve been here three months and by the time this publishes I’ll be in La Ventana, MX for two weeks of kite surfing and working, then it’s back home briefly to Arizona to see friends and family before I move to Lisbon, Portugal. I’ve recently obtained a residency visa there. Of the fifty-nine cities I’ve lived in over the past year and a half, that was my favorite one so I’m stoked to be planting there and calling Lisbon home for awhile.

What do you miss most about Remote Year?

No question, I miss our group. In an experience like RY you develop into a tribe that becomes impossibly tight over the course of the year and then poof, everyone disbands and suddenly you don’t have that daily closeness anymore. Our group has kept in touch via Slack and plotted a one-year reunion in Prague that coincides with World Cup 2018. We’re intending to meet up in the same Riegrovy Sady beer garden where we all met the first night of our trip and just pretend none of it ever happened - we’re just going to run it back like we’re doing it all over again.

Are you still living and working remotely?

I haven’t stopped traveling since Buenos Aires. Following RY, I made my way solo traveling up South and Central America hitting Chile, Costa Rica, Nicaragua and Dominican Republic then I went back home briefly for a wedding before bouncing out to Europe where I spent the summer in Spain, Germany, England and Portugal. I lived for a month in Lisbon with a Cousteau and an OG - it was a blast. I’ve been living in Mexico City since October. My travel stats since starting RY are 18 countries, 59 cities and 4 continents. I hope to add a 5th continent this year and check out southeast Asia.

What have you been up to since your Remote Year concluded?

I’m still Director of Sales with the same company I’ve been with all of Remote Year and a year prior, Pagely, Inc. When RY started, our company was exactly half the size and I was performing six independent roles related to sales & marketing. We saw extraordinary growth during the time I was on RY (my own sales jumped 70% in year-over-year revenue from my time on RY vs. the 10 months prior). We’ve since cleaved off five of those responsibilities from me and hired people who perform those better than I can.  I’ve been fortunate to transition from the tactical day-to-day sales ops role and focus more lately on the strategic sales-related initiatives that help move us forward: things like systematizing and automating our sales process, training & supporting our sales team and acting more as a play-maker than a quarterback.

Over the long holiday break I knuckled down while I was taking in different beaches in Mexico and launched an eCourse that I’ve been envisioning that could help other aspiring digital nomads make the leap. NomadPrep.com is now live and taking on a handful of students each day so it’s rewarding finally having brought that vision to life.

Can you tell us a little bit more about NomadPrep.com? Who is it for, and what prompted you to create it?

Sure. It’s aimed at folks who are wanting to transition to the nomadic working lifestyle but are facing obstacles that preclude them from doing so. My goal was to make this type of experience more accessible to the people who want to do it, but never actually go. Nothing frustrates me more than a “failure to launch,” especially when it keeps someone from an experience as transformative as RY.

I made a bunch of YouTube videos (one in every city) over the course of RY. Those have now been viewed over 13,000 times and prospective Remotes will find those videos then hit me up with questions. But of the people I talk to, only a fraction ever seem to pull the trigger on doing Remote Year. I saw the opportunity to narrow that gap from aspiration to ultimate follow-through by creating the resource that I wanted when I was first looking at RY. So I took everything I’ve learned about being effective from the road over the past 1.5 years and packaged it all into a guided course that walks you through everything. I then gamified it and added an interactive checklist tool as the centerpiece to help you keep everything on track. The course gives you the daily motivation to keep going and ensures you don’t miss any critical steps.

How has working remotely/living remotely changed the way that you think about work?

I had been working remotely for Pagely ten months prior to RY so I was already a total believer that we’re witnessing an inexorable march towards remote working becoming the predominant way work gets done. The biggest thing RY did for me though was that it ejected me from a social and professional rut I was in at the time. I had been working out of my apartment and just felt stagnant finding myself saying “there has to be more than this” each day. RY awakened something in me and it’s hard to put my finger on what exactly changed but I think it just zapped my system the way a defibrillator does, hitting me with a massive dose of stimulation in the form of new places, people and these unexpected little challenges each day. It shocked me back to life in the best possible way. Sharing workspaces, activity outings and meals with 72 other cool people all top of their game in their respective fields and getting to see how they live and work was a pretty great aspect too.

What was the biggest lesson that you took away from Remote Year?

That most people are fundamentally good and that everyone everywhere is just playing the hand he/she is dealt, trying to feed their family, give their kids a better life, etc. I think this ex-CIA agent said it most eloquently in her interview when she talks about how we need to take it upon ourselves to shut off the TV, go to the other side of the world and talk first-hand with people from other cultures. It's incumbent upon us to seek to understand different ways of life. In doing this, we not only broaden ourselves but we also leave these unexpected ripples of impact and traces of ourselves with the folks we meet around the world as well.

What would be your best piece of advice for someone considering Remote Year?

Relentlessly excavate your WHY, vigilantly prune daily distractions from your existence and take deliberate ownership for architecting the life you want to have. That’s the best advice I can give you. As far as doing Remote Year, Nike said it best: Just. Do. It. Whatever stories you’re inventing that preclude you from taking the plunge - they’re likely fear-based and therefore holding you back from potential growth. Lean in. Make a Pro’s/Con’s list but exercise brutal honesty with yourself on the validity of all the items.  I bet the Con’s on your list will evaporate and you’ll be left with only substantial Pro’s.

My buddy Chris, who was in Darien and who first introduced me to RY, shared his journal with his Pro’s/Con’s list while we were in Morocco. He recounted how he was on the fence about doing RY but in retrospect he admitted that his Con’s list was filled with all these silly, overblown fears that were so trivial in hindsight. It would have been a shame had he assigned equal weight to both columns and passed up RY because, by extension, I might have never learned about it nor done it myself.

Any advice for current Remotes?

Yes. When I left for my exchange program in Quito, Ecuador in college, my Dad unbeknownst to me took my journal and on the back page wrote three words, “Observe. Inquire. Reflect.” That’s probably the most distilled wisdom I can convey to any Remotes abroad now.

I put together a blog aggregator in our first month in Prague (which Pagely still graciously hosts) because I wanted to add a fourth word of wisdom: "Share." I wanted to encourage Remotes to broadcast and consume each other’s long-form blog posts. Twitter and IG are too short-form to convey real substance. Long-form, thoughtful writing is how we truly connect with others and there are so many incredible writers on RY. I read the posts of all the quiet people in our group early on via my aggregator and was able to have conversations that I wouldn’t have had otherwise. I’ve since adapted the blog aggregator so other groups could use it as well and it has evolved into this whole project of its own having now tracked 170+ bloggers and 4500+ posts. If you have your own blog and you’re on RY, add yourself. Bonus points if you then take it a step further and read other Remote’s posts and react to their stuff. There’s already a ton of great cross-group dialogue happening in the RY Nation Slack but I’d love to see more travel bloggers connect and support each other publicly, challenge assumptions and level up everyone’s game with longer-form writing.

What is your favorite memory from Remote Year?

That is such a tough one. If I had to pick one moment there was this free-form guitar jam session rap battle at our apartment in Belgrade. We were just beginning month two and were on the final stop of this “Around the World” apartment progressive party which ended in our kitchen. Everyone was crammed in shoulder to shoulder. We started playing an ad hoc version of “Take me down to the Caradise City” (Cara was the girl who organized the event). It was the first moment we really felt like Darien. I will never forget that feeling of unity with everyone belting out that song celebrating Cara’s efforts. That was probably my favorite single moment of the entire year.

If you’re reading this thinking about taking the RY plunge, make your Pro’s and Con’s list then rip the page in half, light the Con’s side on fire and just go. And of course take the free portion of my eCourse beforehand so you have a higher likelihood of going and being successful. If you come through Lisbon I’ll probably see you in the workspace there. If not, see you on the road.

Follow Sean on his Twitter and Instagram accounts, and check out his work at NomadPrep.com. Sean was also featured in a Remote Profile during his time on Remote Year.