Elayne Fluker, a member of Remote Year Shoshin, has taken her "Support is Sexy" podcast global, interviewing women entrepreneurs from around the world. 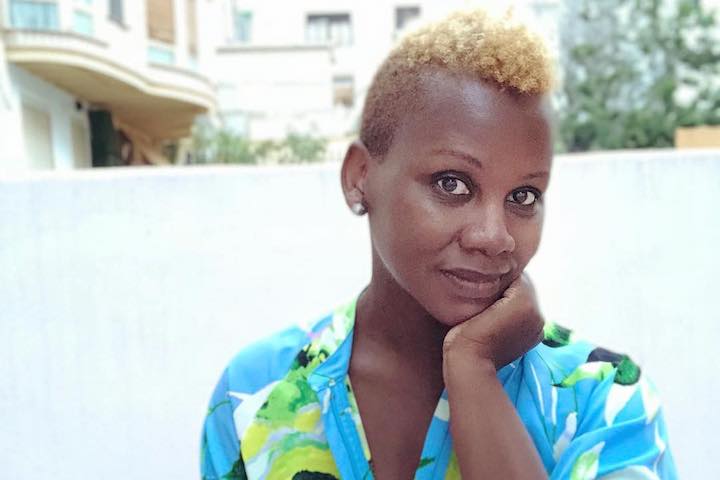 Every Remote Year participant has a unique story, an individual path they took to get to this stage of their lives, one focused on change and opportunity for growth. Though each person decided to take the leap and join a work and travel program in order to pursue their passion while traveling the world, each came to that conclusion in a different way.

For Elayne Fluker, this realization came during an interview for her podcast, “Support is Sexy”.

“I think it was episode 16, very early on. I’m up to episode 560-something, so that tells you how long ago it was,” Elayne said. “I was interviewing Teju [a member of Remote Year Meraki], who mentioned that she was about to do this thing called Remote Year, and I remember thinking, ‘This is amazing! You get to travel and work?”

“I didn’t do it right then, but it all fell into place now that I have this business and this podcast,” Elayne said. “[Remote Year] would allow me to get to know women entrepreneurs in each country that we visited.”

Elayne, a media consultant, speaker, podcaster, entrepreneur, and member of Remote Year Shoshin, with bylines in Essence Magazine, Martha Stewart Living, People, and The Huffington Post, has dedicated the second stage of her career to spotlighting women who have had the courage to go out on their own and start a business. While on Remote Year, she continued to record episodes of her podcast and create content for women entrepreneurs. We caught up with her to get some insight into her business, how going remote has changed her personally and professionally, and what her advice would be for people considering joining a work and travel program.‍

Why did you decide to join Remote Year?‍

Elayne: I loved the idea that work was a part of it. I’ve traveled with friends, people who have fantastic jobs and they would take those two weeks off to go on a vacation. As an entrepreneur, you don’t really take time off. I didn’t want to travel with a group who was out having fun, meanwhile I’m holed up in  a café all the time. [On Remote Year], I knew that I would be a part of a group of people who were invested in their work.‍

How would you describe the work that you do?‍

E: I create content for women entrepreneurs, whether that’s online content on my website or through my podcast “Support is Sexy”, which features women entrepreneurs from around the world. The podcast has been the most impactful for me, and it seems, for people who listen.

When I was living in Atlanta, I interviewed women from around the world, but it was from my home studio. Traveling with Remote Year has truly allowed me to take my podcast global, and even my business because I’m meeting with guests and interviewing them in-person  in each country we visit. ‍

Ready to join a work and travel program like Elayne? Let's do this.

Why did you decide to create “Support is Sexy”?‍

E: I attended this personal development workshop in 2015 called Momentum, and during that time I’d say that there were 50 people in the group. All different leaders, captains of industry, politicians, writers, activists, etc. The two things  I noticed that were the hardest for us to ask for were love and support. We were so used to hiding in order to seem strong. It was enlightening for me, realizing I had struggled to ask for support. I was in New York, I was all about my business - that’s just what I thought you had to do. I didn’t realize how much it was holding me back.

The phrase that came up for me in that group was “support is sexy”. I started saying it to other women entrepreneurs I knew outside of the group and it became my mantra. I could see their faces light up when I said it. People would tell me, “I was struggling to do such and such yesterday, then I thought, ‘Support is sexy!’ so I called my sister for help.” I couldn’t believe it. They were using it on social media, and it started to have a movement of its own. It was resonating with people.

In December 2015, I started social media for “Support is Sexy” and I wanted to post about women entrepreneurs because I was one myself and I just starting out. I was feeling like I didn’t know where to go for support or how to ask for it. I tied that idea in and started posting motivational things.

I saw a space for a woman, a woman of color, a Black woman to host a podcast like this. I started with women that I knew, people who were doing well, people who were just starting out, people who had struggled. All the stories  I wanted to hear were from women entrepreneurs. So, “Support is Sexy” started as a mantra and grew into a podcast. It’s about reminding women that having it all doesn’t mean doing it all alone. Now, that idea is developing into a book that’s coming out next year. So, in addition to these interviews, I’ve been working on my first book while on Remote Year.‍

How do you meet your guests in each Remote Year destination?‍

E: I start off is by contacting the Remote Year City Team in each country before I arrive. So before I got to Valencia, I reached out to Rebeca and Lorena [Remote Year’s Valencia City Team] and told them, “Hey this is what I do, this is my podcast. If you know any women entrepreneurs, please let me know.” They introduced me to a friend of Rebeca’s, Kate Redding of Valencia Private Tours, who was fantastic. This process of asking for support worked, so I did the same thing before we went to Bulgaria. The Remote Year support staff has been an amazing resource for me to get started, and from there I’m able to meet people through those initial connections.

I’ve met a lot of women doing the podcast. I’ve interviewed 300+ women. Still, there’s nothing like meeting someone in person, and talking to them in person. You have the benefit of seeing the person, picking up on their body language and cues, and knowing when they’ve fully finished their statement. I know all these women and have built a connection with them through their interviews, but when you get to actually spend time with that person it’s more lasting. Especially when I’m from the United States and I’m talking to these women in their home country about what it’s like to be an entrepreneur in Valencia, in Sofia, in Cape Town. The energy exchange of being in person with someone is a major benefit.

It’s helped me flex a different muscle, not just interviewing-wise, but also getting out there and finding people within the month that we’re in the city. It’s been amazing all around - better than I could have imagined.‍

Want to see if you'd be a good fit for a work and travel community? Click here to fill out a profile.

Did you have a goal for how many women entrepreneurs you want to interview in each city on Remote Year?‍

E: At least one. The more the better, I did two interviews in South Africa - one in Johannesburg and one in Cape Town. I reach out to more than one woman, but it’s all about timing, especially when I’m only in the city for the month. I’ll interview a lot of these women later, but it will probably be over Zoom. Right now I’m publishing a combination of episodes featuring the women that I’m working with in-person, as well as a continuation of digital interviews. ‍

What does your daily routine look like on Remote Year?‍

E: As an entrepreneur on Remote Year, I try to have some sense of structure. Mondays and Tuesdays are the days when I do my interviews, so I batch that work together so my schedule isn't all over the place. On Remote Year, because of the time difference, I’m able to do Tracks™  Events or whatever other activities are planned during the day, and then the day starts at about 3 p.m. or so with interviews.

I work on the book in the mornings. I try to have structured days where I’m exclusively writing the book, or writing for the podcast. I also have a mastermind group of about 300 women online and I try to post in that frequently. I put reminders in my calendar to stay on track: anything from meditations and  writing time, to posting in a group or work on social media. Fridays I try to take it easier, so things are a bit more flexible. Fortunately, I enjoy what I do so working late doesn’t bother me.

One of the other great things that I’ve learned on Remote Year from Trish [Remote Year’s VP of Experience] is the idea of JOMO - the joy of missing out. I embraced it before I knew what it was, but now I totally embrace it. In that first month I had moments where I wanted to do everything, I was afraid of missing anything, and afraid that I would never get the chance to do that thing again. But as time has gone on, I’ve embraced the JOMO concept,  especially when it comes to work. Some things can be rescheduled, but I’ve gotten better at saying, “No, I have a call. I’ll join you guys later.” The good thing is, everyone’s doing that. People are okay with missing activities in order to focus on work. You learn to give yourself a little room for you.‍

What is your advice for someone who is unsure about joining a work and travel program?‍

E: What do you have to lose? That’s a question that I had to ask myself. Yes, you have to pay to be a part of the program, but when you think about, if you have to pay to stay where you are, why wouldn’t you choose to travel instead? You’re getting a chance to meet some incredible people. You’re getting the opportunity, especially for me as a woman, to travel by myself but still have a community. If I get lost on a mountain for two days people are going to wonder where I am and I like that! It’s not like I had to give up my business in order to do this thing. [Remote Year] is structured  in a way where there is space to live and work, wherever you are professionally.

If you’re looking for a travel experience unlike anything else you’ve done before, this is it. It would make whatever you’re doing better: the business, your job. It gives you such an incredible perspective. My work has evolved just from this experience.

Elayne is changing the world, one interview at a time, encouraging female entrepreneurs like herself to take a look at their lives and see how they can level up. Elayne proves that working on a business while traveling is not only a convenient way to maximize your life, but also a potentially necessary shift in perspective for many business owners.

If you’re interested in following Elayne’s lead and joining a work and travel program, you can start by filling out a Remote Year profile.