Traveling throughout South America? Becca, a member of traveling with Remote Year Kahlo gives 5 tips on safety as a female traveler. 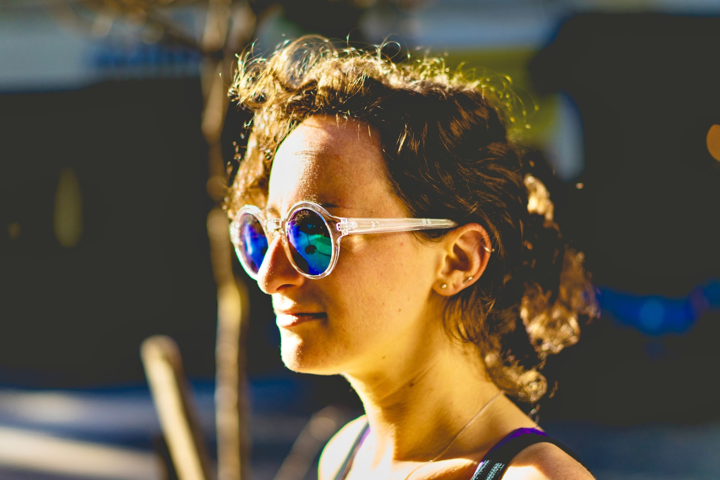 Becca of @halfhalftravel is currently traveling with her boyfriend Dan (the other half of @halfhalftravel) on Remote Year Kahlo, a 4-month program that travels through Peru, Colombia and Mexico. You can follow their story on Instagram and www.halfhalftravel.com.‍

Through my experiences of backpacking through South America alone in Costa Rica and Colombia, I've learned a lot about solo female travel in Latin America. People often ask me if I think South America is a safe place to travel, and if I feel that this region is pretty solid for solo female travel. First, while reading this article, please keep in mind that it’s crucial for anyone to employ standard safety measures when traveling alone, whether male or female!

I landed in Costa Rica alone at age 24, armed with some Spanish and found strength in numbers among those I met in hostels. I also went backpacking in Colombia with a friend in early 2016 and, in our final days, split apart so that he could go trekking and I could return to the U.S. to get back to work. In my days as a solo female traveler in Colombia, I felt confident and fairly safe in general.

Many people think South America presents immediate safety concerns, especially for women who are traveling on their own. In my experience of travel in Latin America, with trips spanning over six years and through 10 countries from Mexico to Argentina, I've never really felt menaced or in danger, mostly because of the precautions I've taken. Here are my best tips for backpacking through South America alone, from the Caribbean coasts to the salt flats of Bolivia.

1. Travel as a solo female within a group.

Solo travel for women doesn't start and stop by being alone - I like to find travel groups or communities to use as a base off of which I can still be on my own. Remote work and travel programs like Remote Year provide community for women traveling long-term. On Remote Year, I've spent a month in Lima, Medellin, Bogota and Mexico City, with the flexibility to make my own travel decisions all while having the basis of community and friendship of a diverse array of new friends.

Another benefit to group travel are memberships to organizations like ISOS, which I was introduced to via Remote Year. Remote Year provides us with group membership to International SOS, one of the leading medical and travel assistance companies worldwide. ISOS has an app that we are all encouraged to download on our phones in case of emergency, and the group code is required in order to access all the services of emergency services, English-speaking doctors, and more.

2. Be aware of common scams for women in South America.

Common scams in Latin America range from people who may distract you in order to snatch your wallet or phone, to scams on dates. While I haven't gone on dates in Latin America, I've surely been approached by or engaged in conversation with South Americans who ask if I have a boyfriend, how I learned my Spanish or if I like Colombian men, for example. In all these cases, it's nice to be friendly, but to avoid getting too personal.

Among people I've met this year who've dated in South America, the most common scams occur on Tinder meetups when a local man or woman asks the foreign man or woman for money (usually "for school or university," "for my visa" and "because I lost my job") at the end of the date. It's important to screen people well in order to find out their motive for meeting you, as you would at home, but with the mindset that some locals want to date travelers and expats for the underlying assumption that they have money, speak English and/or are letting their guards down because they want to adventure.

As a solo female traveler taking my first trip to Latin America in 2013, I was told by friends that I should wear a ring so that I looked married, to say I had a husband at home and to not talk to any men who asked me about myself. Overall, this was a bit dramatic, and I didn't feel bothered by many men at all in Costa Rica or Colombia, in my next solo travel adventure.

Common stereotypes of solo female travelers in Latin America might involve assumptions that women who travel alone are looking for exotic love or that solo women are loners. By joining communities or groups, or meeting other solo travelers in hostels, you will more likely than not meet others on the same wavelength with similar interests and goals during their trips.

5. Learn some basic Spanish for traveling through South America alone.

My Spanish fluency has increased infinitely after traveling through South America. If you’re looking to improve your Spanish, there’s no better place to be than Latin America! If you’re looking to learn Spanish and are starting from square one, it pays to start with an app or a language partner before you take your first flight to a South or Central American destination.

Though I’ve been to Latin America 12 times now, I forget once I’m here that the average person does not speak much English. You’ll find that taxi drivers, people in most stores, vendors in markets and sometimes even hostel or hotel staff do not know English at all. To start preparing for your own safety, should you have a personal or health emergency, start learning Spanish and keep going!

Becca of @halfhalftravel is currently traveling with her boyfriend Dan (the other half of @halfhalftravel) on Remote Year Kahlo, a 4-month program that travels through Peru, Colombia and Mexico. You can follow their story on Instagram and www.halfhalftravel.com.