Get StartedGet Started
Explore Categories
▾
On the Blog

Add This To Your Bucket List: Valencia in August

This month, we are highlighting a city that is near and dear to our hearts, and one that makes us want to pack our bags and hit the tarmac as soon as the calendar pages turn from July to August: Valencia. 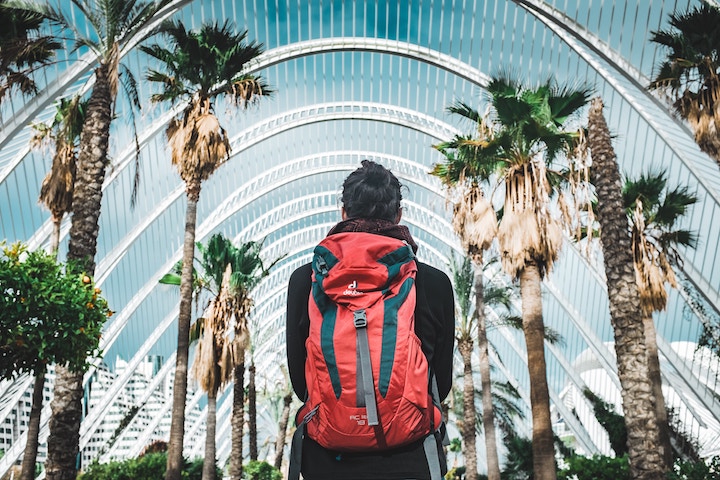 Whether you’ve started a travel bucket list or not, there’s a good chance that you have a time of year in mind for each destination you want to visit. Maybe you want to spend your summer holiday in a place that’s known for its beaches and beautiful weather. Or, you could cozy up for the winter festivities in a city whose celebrations are unparalleled - and come with a beautiful, snow-covered landscape to boot.

Seasonality, and the types of activities people can participate in in certain destinations and specific times of year, are the types of things we take into consideration when we are planning Remote Year itineraries. Along with the safety of the city, its possibilities for deep, cultural immersion, and its intrigue for both new and longtime travelers alike, we want to feel like we’re living in a city during the absolute best time to be there. Logistically, the “perfect” itinerary isn’t always possible, but when the stars align, it more than makes up for the month that you spent in a city’s low season.

This month, we are highlighting a city that is near and dear to our hearts, and one that makes us want to pack our bags and hit the tarmac as soon as the calendar pages turn from July to August: Valencia.

Valencia is one of the most popular cities on any Remote Year itinerary - and for good reason. People want a chance to experience the beauty of Spain, while avoiding tourist hotspots that are common in Barcelona and Madrid. They want to experience the local culture among people who welcome their curiosity instead of labeling them as temporary visitors.

After spending a month in this beautiful city, Remotes were full of kind words - and a bit of advice:

“The best part about Valencia is just being there. Enjoy the small moments, like picking up breakfast at Central Market or looking down the alleys on the walk to the workspace.”

“The local team was awesome - big shout out to Lorena and Rebecca! They really made me see Valencia through their eyes, they were warm and welcoming, and jumped at the chance to help us with whatever we needed.”

“Valencia is such a wonderful city with a positive energy: get involved in all the local festivities, eat at the Central Bar in Central Market, drink all the espresso, and enjoy late dinners and long conversations over vino!”

The city of Valencia is the perfect place to live out your desire for a personal experience. It is a haven for arts and science and creativity bursts from the seams in every corner of this city. Stunning architecture lines its streets, making every walk to the workspace an enjoyable endeavor. When you’re off the clock, Valencia offers you plenty of ways to spend your time. If you’re looking to catch some rays and splash in the Med, the beach is a short bike (or cab) ride away. Valencia boasts bike lanes throughout the city, making it easy for beginners to navigate their way to the coast. If greenspace is what you’re after, check out Valencia’s iconic Jardín del Turia, which runs through the city and is home to innovative attractions like the City of Arts and Sciences along with lush scenery and many breathtaking bridges.

Why August is the best time to visit Valencia

While it’s true that the beauty of Valencia can be seen year-round, there are a few special things about spending time in the city during the month of August.

Valencia’s beaches were meant to be experienced during August. With high temperatures of 29℃ and low temperatures of 20℃, the Mediterranean Sea stays warm at around 26℃. That’s the perfect temperature to warrant a midday dip, or a weekend spent soaking up the sun.

If surfing piques your interest, you’ll find a lot of that in Valencia as well. Though the beaches can become a bit crowded in August (we told you everyone wants to be here!), you can hit the waves without worry and know that you’re taking full advantage of the beautiful city during the best time of the year.

Go for the grapes

Valencia, and the surrounding area, is home to many festivals during the month of August, giving you the opportunity to  experience local culture at its finest throughout the month.

At the end of the month, make it a point to go to the Fiesta de Vendimia in Requena. This festival celebrates the region’s grapes and is a great excuse to enjoy a parade, meet locals, drink a bit of Spain’s famous wine, and splash people with water in the process. Hey - it’s tradition!

Heading to Spain to try the show stopping seafood? Make the Octopus Festival in Carballiño part of your plans. This festival is on the opposite coast of Spain, but it’s a great way to see another part of the country outside of Valencia. Think of it this way: when will you ever be this close to the Octopus Festival again?

If you’ve never had traditionally cooked seafood, served in huge quantities in large copper pots, then the Octopus Festival is your once-in-a-lifetime chance to do just that with thousands of other seafood lovers. The trip to Carballiño, and the subsequent feast, will be worth every moment.

Not your average food fight

Remember how your parents used to tell you not to play with your food? At the La Tomatina Festival in Buñol, Valencia, that rule no longer applies.

On the last Wednesday of August, thousands of people gather to throw tomatoes at each other. Yes, you heard that right. This isn’t done in malice, in a similar fashion to audience members throwing tomatoes at poor performers on stage, it’s done for the sheer fun of it. The fight lasts for around an hour, with participants throwing overripe tomatoes at anyone in their vicinity with glee, leaving the town covered in tomato debris. Since 2013, the event has been admission only, so if you want to be one of the 20,000 people to participate, you’ll want to get your tickets early.

We’ll put a spell on you

While you may not think of August may as the typical time of year to seek out spooky events, La Bajada de la Bruja will change your mind.

This celebration is a bit outside of Valencia (road trip!) in Vidángoz, but it’s worth it to get a real-life glimpse into local culture. At the end of August, this celebration kicks off the fiestas held by the Roncal people to honor San Augustín.

At midnight, a bonfire is set aflame and people dressed in magically-inclined outfits light their torches in its flames to celebrate the descent of the witch, Maruxa. The people then accompany the witch in parades around the town and get the party started.

If you have an interest in the occult, or just want to see how the Roncal people party, you’ll want to make an effort to head to La Bajada de la Bruja.

Valencia is featured on many Remote Year itineraries because of its beauty and penchant for creativity, but there’s something special about visiting the city in August. Want to know which upcoming programs will be living and working in Valencia during this magical time? Check out our list of available itineraries here.