Your Commute is Making You Miserable

That extra hour spent getting to and from work may seem like a necessary evil - but do you really know how it's affecting your health, your work and your family? 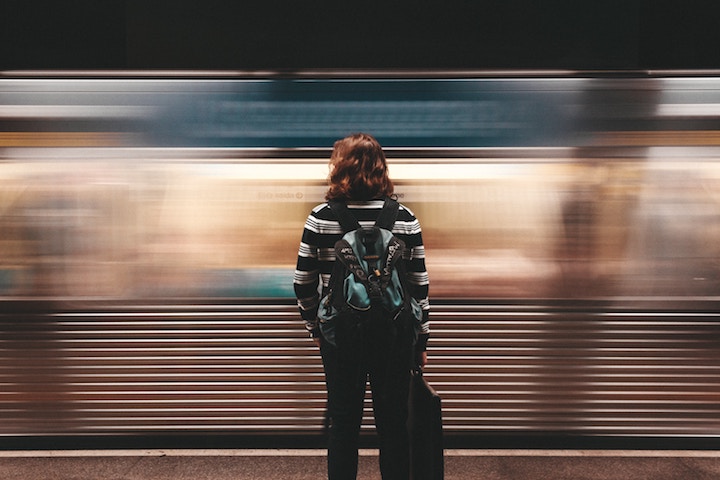 The melody of morning traffic noise has begun: horns honking, tires screeching, some guy yelling out of his window because he got cut off. Those movies lied to you when they said you’d wake up to birds chirping and the sound of your coffee maker kicking in. This is your real normal.

In today’s society, the concept of a commute is difficult to escape, particularly if you work in a major metropolitan area. The average American’s commute has risen consistently over the years, sitting at about 26 minutes and 36 seconds each way in 2016.

That means that, on average, Americans spend nine full days every year commuting to and from work.

And that’s just the average. For those who are commuting into larger cities, this every day ritual can be even longer. Some professionals spend over an hour driving to a train station each morning and getting on multiple trains in order to get to their place of work. Then, when the work day is over, they do it all over again.

It’s not so hard to see why, in a survey conducted by the Society for Human Resource Management, 17% of respondents said they have quit their job because of a long commute, or because they didn’t like where the company was located.

Long commutes play a serious role in your day-to-day life, affecting everything from your happiness and your health, to your productivity at work.

Your Commute is Stressing You Out

No matter which way you commute, stress seems to be the common underlying factor. According to a study from McGill University in Montreal, people who drive to work alone in their car experience a lower satisfaction rate than those who walk, ride a train or bike to work. People who rely on other forms of public transportation, like the metro or the bus, see even lower satisfaction rates.

While the study didn’t specify the reasoning behind why people who drive, ride the metro, or take the bus have lower satisfaction rates, there is a simple blanket explanation: stress. According to the Royal Society of Public Health in the UK, 55% of average commuters reported increased stress levels.

For drivers commuting in their own vehicles, stress can come in many forms. Think about the last time that you had to complete a drive that lasted more than 30 minutes. How many times were you frustrated by others’ bad driving? Construction? Car problems? The worst part of this type of commute is that not only are you building up stress for the duration of your drive, you’re also sitting alone in that stress, unable to decompress until you’ve reached your destination - and work isn’t necessarily the best place to release any of that negative energy.

When it comes to taking the metro or the bus, stress comes in a different form. Public transportation commuters are forced to adhere to somebody else’s schedule, which can be incredibly stressful when life throws an unexpected wrench into your plans. If you have to stay at work for an extra ten minutes and you miss your typical metro train, you might be waiting for another 30 minutes before the next one comes around. The possibility of missing trains, delays, and cancellations can generate a lot of unwanted stress for many commuters.

Your Commute is Making You Miserable

Commuting has to be one of the least satisfying everyday activities.

While some people do say that they are able to take advantage of their commutes (train riders and bus takers can read as they commute, listen to podcasts, or even get a bit of work done) it goes without saying that most people would choose to eliminate their commute if they could. They would be much happier if they could decide how they wanted to use their time for themselves. Perhaps for, say, spending time with their families, friends, or even on their own in peace and quiet.

One study found that a commute significantly impacted time spent with families and friends. When life is about spending time with the people that you love, do you really want to give up those precious minutes?

As commutes get longer, and people have less and less control over their daily lives, happiness becomes less of a necessity and more of a luxury.

Your Commute is Hurting Your Health

Along with the negative mentality that comes along with stress and unhappiness, long commutes have larger implications for your physical health.

Let’s start with your heart. According to a report written by researchers from the University School of Medicine in Saint Louis and the Cooper Institute in Dallas,  driving more than 10 miles each way during your commute is associated with higher blood sugar. The same report found that these drives were also associated with higher cholesterol levels.

In a study conducted by a researcher at the University of Utah, drivers who were commuting during times of heavy traffic also experienced blood pressure spikes. A separate study of Texas professionals found that the farther the participants lived from where they worked, the higher their blood pressure was.

When it comes to physical fitness, things are just as bleak. A study developed by VitalityHealth, the University of Cambridge, RAND Europe, and Mercer revealed that workers with longer commutes were 21 percent more likely to be obese. Think about it: increased time spent sitting idly in a car, train, or bus could be time spent exercising or planning a healthy meal. However, when it takes you more than an hour to get home after a long day at the office, those healthy habits are less likely to form.

That commute is looking more and more like an unnecessary risk isn’t it?

Your Commute is Stopping You From Doing Your Best Work

To make matters worse, long commutes actually make you less productive at your job - the very job that you’re suffering through an extended commute for.

Yes - businesses are actually losing out on employee productivity by requiring them to report to an office from their distant homes.

In the most clear example of this, a study by VU University showed that a longer commute increases absenteeism by about 16%. This means that workers were more likely to call in sick or take an unpaid day off if they would have to commute a long distance in order to make it into the office. This study also showed that workers with long commutes were more likely to arrive late and leave early - talk about a productivity drain.

In addition to the straightforward effects that commutes have on productivity, there are more hard-to-quantify effects.

Employees who have to get up extra early in order to accommodate their long commutes are already drained by the time they get to work. Those travel mugs full of coffee can only sustain your energy for so long before you hit a wall. All of the stress that you accumulate during your ride into work eradicates the positive vibes that you tried to build before you left your home. That good hair day that had you full of optimism? You forgot about that as soon as you merged into bumper-to-bumper traffic on the interstate.

Telecommuting is the Answer

Okay, so commuting is hurting me, making me unhappy, and hindering my productivity. What am I supposed to do about it? It’s not like I can just not commute.

The world of work is changing rapidly, with more people working from home and telecommuting than ever before. The evolution of technology allows more professions to “go remote”, with many full-time employees, freelancer,  and entrepreneurs trading in a corporate office for a laptop and a hotspot.

It’s possible to eliminate your commute - and eliminate all of the negative side effects of that hour or two spent sitting in a car or on the train every day.

Picture what your life would be like if you could wake up and get to work after your first cup of coffee. You could start your day earlier, forgo the stress of a commute, and embrace a life of flexibility and productivity. You could forget what it’s like to have to catch a train, instead working on a schedule that you yourself have created. You’re not beholden to anyone else’s timetables anymore.