Today, we join the United Nations in calling for the protection and recognition of the achievements and contributions that indigenous peoples make to the world, society, and in particular, environmental conservation. 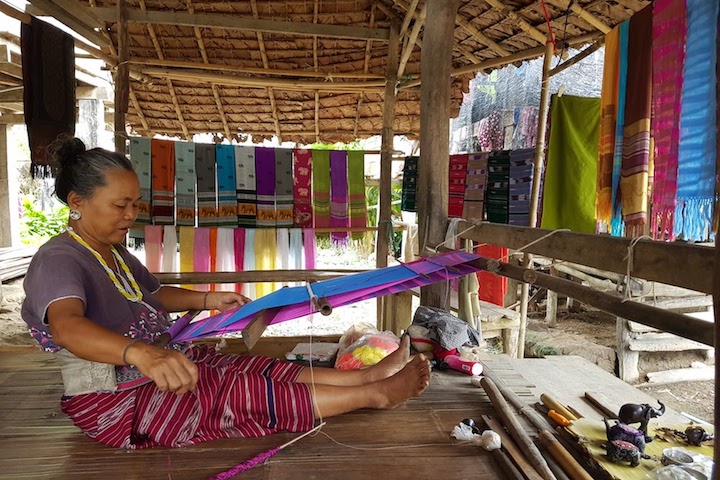 Ton Hanhiruntrakul is a Remote Year Experience Manager in Chiang Mai, Thailand. Experience Managers curate unique, local Track™ events and experiences and provide local tips to Remotes (Remote Year participants). Ton was born in Sukhothai but raised in Chiang Mai, Thailand and considers himself a person of many passions, including local history and culture. In this piece, he shares his local perspective on the International Day of the World’s Indigenous People.

Today marks the 24th International Day of the World’s Indigenous People. This observance was first celebrated by the United Nations in order to shine a light on the issues and challenges that indigenous people face around the world.

Right now, there are over 370 million indigenous people living across 90 countries, who represent 5,000 of the world’s cultures and over 4,000 of the world’s languages. Although they account for less than 5% of the world’s total population, and carry with them a wide array of important cultural knowledge and skills, they represent a large percentage of the world’s poorest, most vulnerable, and most marginalized people.

Today I, along with Remote Year, join the United Nations in calling for the protection and recognition of the achievements and contributions that indigenous people make to the world, society, and in particular,  environmental conservation. To give you a bit more context, let’s dive into what it means to be an indigenous person in my home country of Thailand.

The Indigenous Population In Thailand

In Thailand, 9% of the population is indigenous and live mainly in three geographical regions of the country. Chao Ley (indigenous fishing communities), and the Ngo or Sakai (small hunter-gatherer populations), live in the south. Some small groups live on the Korat Plateau (Northeast and East) while the highlanders, Chao Khao, live in the North and Northwest of the country. In Chiang Mai, there are several highlander groups (or hill tribes) including Akha, Karen, Lahu, Lisu, Meo (Hmong), and Mien.

Although Thailand has ratified several international conventions and agreed to recognize, respect, and protect the rights of indigenous peoples, many still face discrimination and struggles. For example, hill tribe people are stigmatized and stereotyped as forest destroyers, opium cultivators, and labeled “uncivilized.” Due to a lack of knowledge and understanding by both indigenous peoples and government officials, many indigenous people are unregistered and, therefore, not recognized as citizens of their own country. Without citizenship, those people face a lack of access to state resources, such as health and education, and restrictions on freedom of movement, which can exacerbate land rights claims. They are also more vulnerable to trafficking, particularly women and girls.

Each month, we move Remote Year participants from city to city and help them make their new destination feel like home by immersing them in local experiences and communities. However, even as we call these new places “home”, we are highly cognizant that these places are the ancestral homes of many people who have come before us, but are not always recognized even within their own country.

We know that everyone wants to come to Thailand for the amazing beaches and food, but we also want people to see that Thailand’s rich culture is actually comprised of diverse kingdoms, cultures, histories, and stories. When Remote Year participants come to Chiang Mai, we do our best to honor and highlight some of these indigenous cultures that are just as “Thai” as the rest of the country.

For example, on our “Hidden Trail” Track™ event, we take Remotes on a trek through a jungle to a village where they interact with a Karen hill tribe that values a simple existence and traditional way of life in the jungle. In our “Tribal Cooking” Track™ event, we challenge Remotes to look past the well-known pad thai and let an Akha tribe teacher amaze them with her cooking skills of traditional tribal dishes and her perspective on how her traditional beliefs and knowledge affect her daily life in the city.

We know we can’t tell enough stories or curate enough experiences to honor all of the rich contributions that indigenous people make to the world, but we’re committed to doing our part in Chiang Mai, Thailand. We encourage you to experience the beauty and diversity of Thailand with us and will leave you with one question: what would the world be today without indigenous people as the primary keepers of culture, language, history, and traditions?