Remote Year Dinner Around the World

In cities around the globe, Citizens, Premotes and Remotes came together to have dinner, and to share memories and thoughts on the Remote Year program. 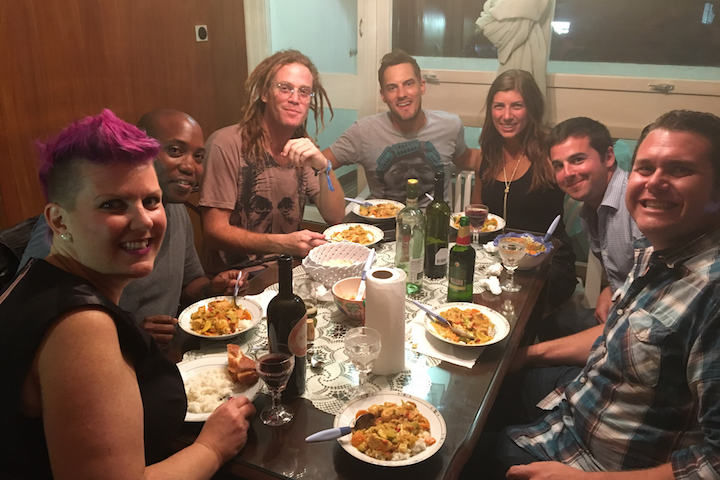 If there’s one thing that we know, it’s that a year on the road is different than anything we’ve ever experienced, and so was ever year after that. Connections are made that will always be cherished, and memories are created that will never be forgotten. It’s safe to say that after a year of exploring new places, you learn more about yourself than you ever thought possible.

The great thing about extended work and travel is that that kind of growth and community shouldn’t have to end after a program ends. It wouldn’t be fair to make that large of an impact on a Remote’s life and leave them hanging. That’s when we developed the concept of the Citizen, a Remote Year alumnus or alumna who could continue to celebrate the Remote lifestyle, and be keyed into news and updates by the Remote Nation.

Recently, a group of those Citizens put together a night of epic proportions, aptly titled “Dinners Around the World”. In cities around the globe, Premotes, Remotes and Citizens came together to have dinner, to share memories of their time in their program and just to relax. This event served as an opportunity for Citizens to reunite, to reminisce on their Remote Year travels and to catch up on where they had been since, while offering advice to Remotes and Premotes.

All in all, “Dinners Around the World” brought together 331 guests in 27 cities on six different continents. Not too shabby for an inaugural event!

This meeting of the minds made it even more clear that a Remote Year doesn’t just last a year - the impacts last a lifetime. Citizens came together with their program-mates, and even other Citizens and Remotes who had traveled with separate programs to “Dinners Around the World”. Their shared experiences connect them across continents and language-barriers and go beyond borders.

This passion for maintaining friendships and dedication to spreading the benefits of a Remote lifestyle is what makes the Remote Nation so inspiring. After a year of diving deep into the world’s culture and emerging with a new perspective, Citizens aren’t left to find their next step. The community that they have fostered rallies around them to show them the many paths that lie on the way forward - whether that be while discovering a new city for the first time, over a middle-of-the-night Skype call, or simply at a dinner party.