Get StartedGet Started
▾
Explore Categories
On the Blog

Why Do People Want to Change the World?

Greg Caplan, Founder and CEO of Remote Year, shares his hopes for how the next societal shift could change the world in the first of our Founder's Posts. 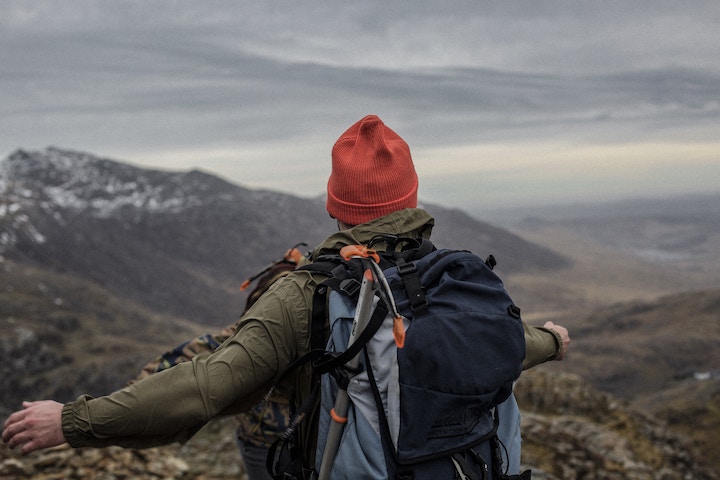 Human life is a blip in history. It’s interesting to think about how, in the grand scheme of things, civilization hasn’t been around for very long, yet we’ve accomplished so much over the course of 1.8 million years. We have repeatedly pushed for change; in architecture, agriculture, politics, and in the arts. Each renaissance had its own reasons for societal shift and, often, the world came out on the other side better for it.

The world we live in today is the result of so many of those changes. We’re more connected than ever, brought together by global digitization and curiosity. Evolving  technologies provide individuals who otherwise would not have access to information, the opportunity to learn, grow and expand. As a whole, people have more freedoms than they have had in the past, though there is still work to be done in many areas.

So, now that we are at a point where so many different people from different cultures across the globe can communicate, organize, and even build businesses together without too many roadblocks, why do I want to change the world?

How Did We Get Here?

Ever since the beginning of modern humanity, we have been an inherently social species.

As hunter gatherers, we banded together as groups of a few dozen people who collaborated on finding food and protection. This societal model lasted for 90% of human history. Then, in 10,000 B.C., the explosion of the agricultural revolution caused people to start settling into more permanent civilizations.

As human beings changed the way they lived their daily life, they also changed the makeup of their social structures. As the agricultural revolution took hold, groups of a few dozen expanded into settlements of a few hundred people. With a more stable food source in place, people who lived in this time period could safely consider themselves a part of an ‘us’ or a ‘we’. They now had a community that they belonged to and a group that they could identify with.History would show that as technologies continued to evolve, people started to focus on specializing their skill sets. They no longer needed to be good at everything - they wanted to be the masters of a few things. Their social structures continued to grow with them, from settlements into city-states.

Now, the notion of ‘us’ expanded to include the thousands of other people within the walls of their city and the surrounding areas. People worked together to produce food and protect their settlement from all forms of danger - especially other people.As technology and social structures grew more complex, the notion of ‘us’ once again expanded, but the fear of ‘them’ did not dissipate.

These communities took on many different names, from kingdoms and empires, to colonies and nations. However, the common thread that tied them together was their members’ ability to associate themselves with a larger group of people beyond just those living in their settlement, and therefore differentiating themselves from the people who were not a part of the group.

Communities were not only motivated by working peacefully and productively together on a larger scale, but also through the agreement that they would mutually protect each other from danger, particularly from other groups of people. This pretty much brings us up to the 20th century, where the world was essentially divided into just a few massive groups — Allies vs. Axis, Democracy vs. Communism, Christianity vs. Judaism vs. Islam, etc, where people were able to expand their notion of ‘us’ to include billions of other people, in harmony against ‘them’, the other half of the world.

Where Are We Going?

I believe that the next big leap for humanity is to increase the idea of ‘us’ yet again. This time we’re going big and we’re going to include all people. Once we have finally expanded the concept of ‘us’ to include every person on our planet, we can work together peacefully and productively to make the human experience better for everyone.

We’ll move away from an inward focus that only lets us see how we can help ourselves, and instead refocus our efforts toward the more existential threats facing humanity, such as hunger, drought,  the migrant crisis, and climate change.Although looking back on the history of people makes this next step seem like an inevitability, there are currently some very strong forces at play.  There are factions that are trying to antagonize and reinvigorate the discussion around the differences between groups of people, instead of highlighting the similarities that we all share. Social media has simultaneously brought to light the viewpoints of great thinkers around the world and those who would tear them down for being one of ‘them’ instead of one of ‘us’.

In order to turn this optimistic vision into a reality, we need people across the world to have authentic experiences with diverse people and cultures so that they may wrap their heads around how similar we all truly are.

Why Do I Want to Change the World?

People want to change the world not because they think the grass could be greener, but because they are hopeful for a more peaceful and productive society. They have a version of the world inside of their heads that they can’t stop dreaming about, sure that they could make a difference in somebody else’s life. That dream is optimistic. It envisions a world in which there is no war, global mobility is seamless and, above all, there is universal love.

Change is a welcome phenomenon when it is inclusive.

I believe that by expanding our perspectives to include those that don't come naturally to us, we will be a part of the group that not only hopes, but effectively does, make the world better for future generations.

Here’s how I see it: if somebody’s notion of ‘us’ is their band of hunter gatherers, then they won’t want to dedicate their time and energy to bettering the lives of those across the world. If another person’s notion of ‘us’ only encompasses the people who live in their country, they won’t put in the effort or time needed to improve the parts of society that exist outside of that group. But if, and only if, somebody’s notion of ‘us’ includes all of humanity, then they could get excited about dedicating their time and efforts toward changing the world.