Closing Out Pride Month: How Three Remotes from our Nation Found Courage, Identity, and Even Love While Traveling on Remote Year

Our Remote community share stories about the different ways they express their identity and the role travel played in shaping who they are. 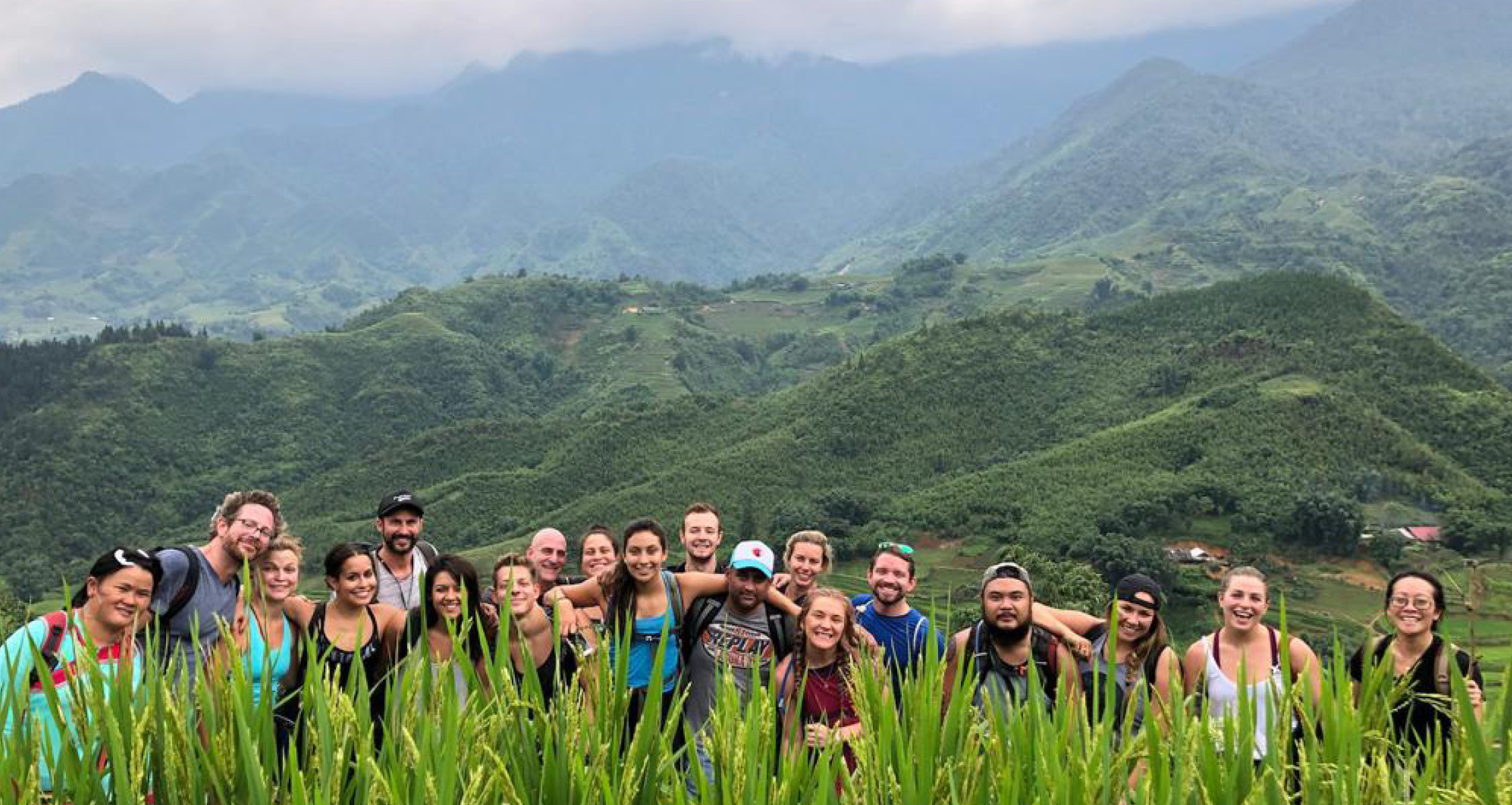 As Pride month comes to a close, we couldn't think of a better way to round out the month than by sharing the stories of three LGBTQ+ Remotes - Michael, Liza, and William.

Michael (RY Kaizen) shares how traveling on Remote Year became the catalyst for him own coming out to his family, friends, and himself, while Liza (RY Atlas) tells us how a Remote Year program stop in Lisbon led her to meet her soulmate, and now fiancé.

Finally, for William (RY Kublai) and his partner, we learn more about their endeavors to travel to countries where LGBTQ+ people might not be welcome and considering themselves as ambassadors for change.

Each story reveals the different ways that these Remotes express their identity and the role travel has played in shaping who they are. ‍

Tell us a little about your background (as an LGBTQ+ person).‍

Despite being 31 years old, I still feel like a bit of a gay-by since I only came out three years ago. It wasn't until a few months after I finished Remote Year that I felt comfortable enough to open my mind to the idea that this was who I truly am (though, looking back, I've always known, it's hard to explain).

When I first came out, I was still traveling nomadically. This was really fun but also had its challenges. I recognized quickly the need for some stability and community during this wildly new and exciting time of my life. That's when I booked a one-way to San Francisco and have been living and making up for lost time here ever since.‍

I had brainwashed myself into thinking I was not gay years before I started traveling, so it wasn't something I had to consider for myself. It's a bit different now. Once I get back out on the road, I will do some research on the places I go and their LGBTQ+ friendliness.‍

I believe that Remote Year was a catalyst for me to come out because of how much more confident and open-minded I was by the end of my program.

Once my program ended, I found myself questioning the long-standing beliefs I had about the linear path I thought my life must follow in order to fit in and be "normal." When I finished Remote Year, "normal" was the absolute last thing I wanted to be.

I can't explain it, but I knew before I finished the program that I could not simply "go back." My confidence was at an all-time high at the end of my program and nothing felt off-limits for me at that point -- not even addressing that terrifying little secret I had been keeping from everyone (including myself) for so long. ‍

What would you tell other LGBTQ+ community members considering traveling the world?‍

Tell us a little about your background (as an LGBTQ+ person).‍

My LGBTQ+ journey hasn't always been easy. While growing up, I struggled with accepting my own sexuality. I denied my sexuality whenever it was questioned and I often felt shame, guilt, confusion, and loneliness. I learned to hide half of who I was. I only ever shared my secret with a select few friends in high school that were also going through the same struggles. Once I got into University, I embraced my sexuality a bit more and, in a bout of rage, outed myself to my parents, which resulted in a huge argument.

In true Mexican culture, we pretended like it didn't happen and the topic was never brought up again. Since I couldn't be myself with my family, my friends became my family. As the environment in the US started to change around 2014, my parents too started to change their opinion on LGBTQ+ people.

We had several heart-to-hearts where I shared all the turmoil and suffering I went through in past relationships. We finally got to a point where they accepted me for me. It took nearly 11 years to get there but years later our relationship has never been stronger!‍

When I first joined Remote Year back in 2018, I wasn't so forthcoming about my sexuality. I never hid it or lied about previous relationships, but I definitely wasn't vocal due to concerns about what personalities I might encounter in the group or other countries. At that time in my workplace, I had experienced some casual homophobic comments, so I was always cautious of what I shared and with whom.‍

Meeting the love of my life! I met my partner, Kaila, when we started the Atlas program in 2018. All of our relationship milestones were in new places all over the world. We first met in Lisbon, Portugal. We had our first kiss in Sofia, Bulgaria. We fell in love in Mexico City. After our program ended she moved halfway across the world with me to Melbourne, Australia where I recently proposed while in lockdown - she said YES!‍

What would you tell other LGBTQ+ community members considering traveling the world?

‍Just go for it! There were some countries where same-sex relationships are frowned upon on our itinerary, but the Remote Year community provided so much support, inclusion, and love that it wasn't an issue for me. Yes, sometimes you won't be able to hold a girl's hand walking down the street, but you're safe with the Remote Year family.‍

‍Tell us a little about your background (as an LGBTQ+ person).‍

I came out when I was a teenager and have been gay ever since! I’ve also been in a series of relationships. Today I’m with the man I have been married to now for 8 years. Before him, I was with someone for 10 years and before that 3 years. I promise, I am not as old as I sound!

I have had a pretty decent life as a gay man. I grew up in Las Vegas, which is pretty liberal. I was also blessed to have a mother who accepted me and supported me regardless of my sexual orientation. Back when I still lived there, I was a journalist for Q Vegas, a regional LGBTQ+ interest magazine, so I have been pretty steeped in LGBTQ+ culture for a couple of decades now. ‍

One of the biggest considerations for my husband and I has been going to countries where being a member of the LGBTQ+ community is severely frowned upon. We actually WANT to visit those places. One of the things we see a lot in the LGBTQ+ travel community is people saying they refuse to visit countries where being gay is not accepted. They say things like, "Why would I support that government?"

We heartily disagree with this viewpoint. Why? Because there are LGBTQ+ people in those countries as well. We have seen personally the impact we have meeting local gay people in countries where our way of life is not allowed. Yet we go to these places to visit THE PEOPLE, not the government. We do consider our behavior, obviously we do not want to get arrested, but we do not avoid places simply because the government frowns upon us. And you never know, strange things may come out of those visits. As one example, we went to Egypt and discovered that straight men openly show physical affection to one another in public. So, we were still able to walk down the street holding hands and no one looked twice at us, even though, had they known we were gay, we could have been arrested. It was quite a strange experience.

Another consideration has been the desire to go to places where there are vibrant "gay scenes." We love to visit countries or regions where our lifestyle is embraced - like huge circuit parties in Greece or hidden gay speakeasys in Costa Rica. We love these experiences.‍

I can say without a doubt that Remote Year changed my life.  I proposed to my husband on Remote Year and nearly half of my group participated in the proposal. We blocked off the entrance to a huge mall in downtown Bangkok, Thailand, brought in a dance crew and a flash mob, and commenced with one of the most epic proposals ever. Obviously, he said yes!‍

What would you tell other LGBTQ+ community members considering traveling the world?‍

Don't be afraid, even in places where you think you are not welcome. Your mere presence creates an impact on others like you in those communities. You are an ambassador for the LGBTQ+ Community. Be safe, be smart, and be adventurous.‍

Remote Year is so grateful for Michael, Liza, and William for sharing their stories with us, and we couldn't be more proud that we were able to be along for the ride on your journey.

To read more about how we are celebrating Pride month at Remote Year, we invite you to check out our new blog from our CEO, our Experience Managers, and our continued commitment to LGBTQ+ inclusion.