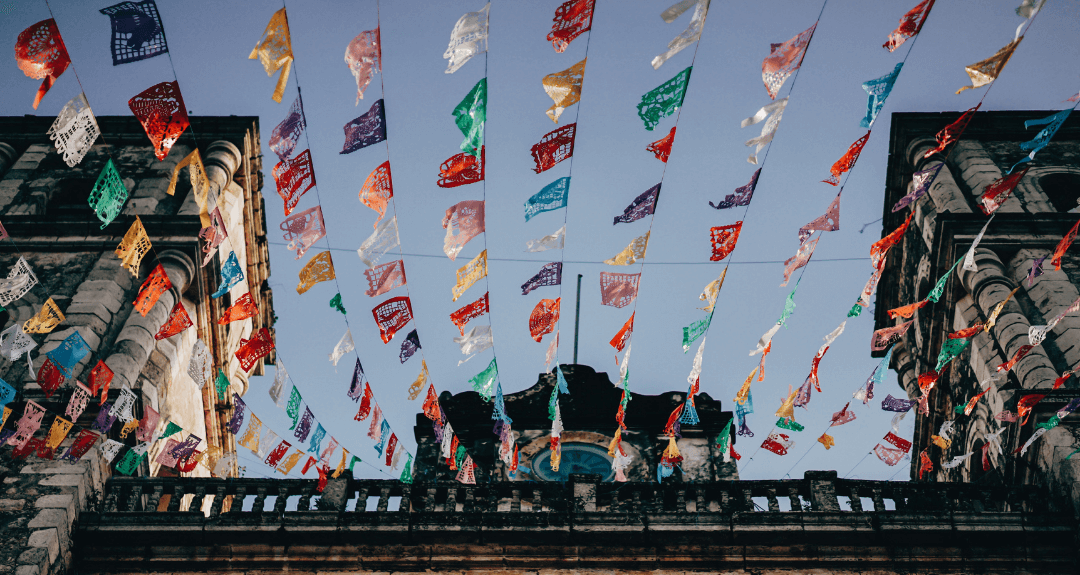 At Remote Year, we have been fortunate enough to learn about rich Hispanic cultures by fostering travel for thousands of curious adventurers to Mexico, Peru, Guatemala, Columbia, Spain, and other countries throughout Latin America.

As Hispanic Americans and Latin Americans celebrate Hispanic Heritage Month in the US (September 15-October 15), we are excited to feature personal stories and spotlight Hispanic voices from across our Remote Year community. We asked several Remote Year program participants who identify as Hispanic or Latin American to share their reflections on the connection between travel and identity.

Traveling internationally as a Hispanic person has taught me just how important it is to know the language of my heritage. I didn’t grow up speaking Spanish and have always wanted to learn but didn’t necessarily have the right setting to learn. However, traveling with RY has really motivated and helped me become immersed in the culture, better teaching me the language.

How important is it to bring your culture to other nations as you travel? Why?‍

I think it’s important to bring my culture to other nations as I travel because there really isn’t a lot of Hispanic representation when traveling. We only make up about 8% of the total world population so it’s important to me to bring that diversity.

Were you able to better connect with your culture on one of our Remote Year programs?‍

Traveling to Mexico City for the Maya program really helped me better connect with my culture. Since I was adopted at a young age by a non-Hispanic family, I always wanted to get to know my Mexican heritage more deeply. I felt this the most when I visited the Frida Kahlo Museum. She was a famous Mexican painter and one of my idols to this day. It was an amazing experience to see her paintings in person and the house she grew up in.

What is the biggest life lesson you've learned while traveling internationally as a Hispanic person or Latin American?
Traveling Latin America has opened my eyes and taught me what it is to be Latino. It feels like I had the opportunity to revisit my roots and learn a completely different view on what Latin culture has to offer. I’ve been educated and seen things that I would have never known about if I had never traveled outside America.‍

‍What would you tell other Hispanic people or Latin Americans considering a Remote Year program?
I’d say if you’re ever feeling lost, doubt, or need some type of adventure that will allow you to find yourself and the importance of being Latino, then consider Remote Year as the program is life changing in many ways.

What is the biggest life lesson you've learned while traveling internationally as a Hispanic person or Latin American?

‍I've learned that anywhere can feel like "home." It depends on where I go though, because I don't look like what most people envision as Latina at first glance. Any country in the Americas feels like home because I can blend into the culture. In other places, I find that people just really aren't sure about my heritage so they ask and want to learn. Travel has been a lesson in humanity, and for the most part, we are just curious about each other!

I was able to connect with my culture a few times. Scents are very closely tied to memory so walking into the smaller local shops in Medellin reminded me of stepping into a shop in Honduras. Maybe the cleaning products are the same! It was just familiar and threw me back to when I did errands for my grandmother.

‍
Being in San Andres Island reminded me of being in Roatan, Honduras. We were told that the islanders in San Andres think their own way and that holds true for islanders of Roatan as well.

‍
Lastly, and maybe the best one was dancing salsa in the street in the middle of the night in Medellin. I first learned to dance salsa when I was in college in Tallahassee, FL of all places. My dance friends and I would often have random fun nights like that, which I always felt was a blend of my US and Honduran culture, so I got to relive that one late night/early morning in Medellin.

Definitely how we are perceived. While there isn't much diversity in Split, and I felt like I stood out like a sore thumb, in Portugal, people very often mistook me as Brazilian or Portuguese and would immediately speak to me in Portuguese! Seeing diversity vary from country to country, I definitely gravitate more towards countries where I can see others who look like me.

One of our local experiences, we had a rafting experience and then a home cooked meal by a lovely elderly couple. They reminded me of my grandma in the Dominican Republic. She would always spend all day in the kitchen preparing lunch for all of us with so much love. It really resonated with me. I called them our Remote Year Grandparents (in Split)!

I have experienced most of my Remote Year travel experiences in South America. The greatest lesson that I have gained is the value and diversity of the Spanish language. The Spanish language is rooted within the Latin Romance language and is spoken throughout numerous countries on multiple continents. While the language is similar among countries, many Latin civilizations have also implemented their own variations to the language.

While I was traveling with Remote Year in 2019, I did my best to participate in as many Spanish language courses as possible. Learning Spanish in four different countries, from four different native Spanish-speaking instructors was of tremendous value and certainly helped me connect with my own heritage.

At Remote Year, we’re honored to celebrate the Hispanic and Latin American cultures within our community, as well as to help travelers experience these cultures in our program locations. If you’d like to discover culture and traditions in these destinations yourself, check out our programs in Latin America and Spain.